Investment properties are stated at cost less accumulated depreciation. Investment properties occupied by the Group amounting to $12,385,000, was transferred to property, plant and equipment on 1 July 2013 as part of this restatement of this balance. During 2015, a further $9,009,000 was transferred as a result of the start up of Life Cinemas Limited.

As at 30 June 2015, the fair value of the investment properties held by FHL Properties Limited was $30.980 million (2014: $30.980 million) which is based on valuations carried out by independent valuers, Rolle Associates in their reports dated 31 March 2015.

In July 2013, an independent valuation was carried out by Rolle Associates for RB Patel Group Limited of the property in Martintar, Nadi which is apportioned between property, plant and equipment, and investment property. The property was valued above its carrying value in books. The excess of market value over book value has not been brought to account. 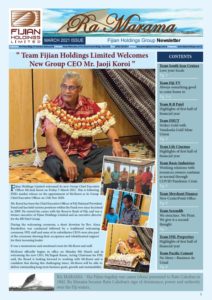