Financial assets are classified into the following categories: at fair value through profit and loss, held-to-maturity, available-for-sale, and loans and receivables. The classification is dependent on the purpose for which the financial assets are acquired. Management determines the classification of investments at the time of the purchase and re-evaluates such designation on a regular basis. Purchases and sales of investments are recognized on the trade date, which is the date the group commits to purchase or sell the asset. Cost of purchase includes transaction costs.

(a) Financial assets at fair value through profit or loss

Investments which management has the intent and ability to hold to maturity are classified as held-to-maturity and are carried at amortised cost.

Available-for-sale financial assets are non-derivatives that are either designated in this category or not classified in any of the other categories. They are included in non-current assets unless management intends to dispose of the investment within 12 months of the balance sheet date.

An allowance for impairment of receivables is established when there is objective evidence that the Group will not be able to collect all amounts due according to the original terms of the receivables. Significant financial difficulties of the debtor, probability that the debtor will enter bankruptcy or financial reorganisation, and default or delinquency in payments (more than 30 days overdue) are considered indicators that the trade receivable is impaired. The amount of the provision is the difference between the asset’s carrying amount and the present value of estimated future cash flows, discounted at the original effective interest rate. The carrying amount of the asset is reduced through the use of an allowance account, and the amount of the loss is recognised in the statements of profit or loss and other comprehensive income as part of provision for doubtful debts. When a trade receivable is uncollectible, it is written off against the allowance account for trade receivables. Subsequent recoveries of amounts previously written off are credited against provision for doubtful debts in the statements of profit or loss and other comprehensive income.

Gains and losses on disposal of property, plant and equipment are determined by comparing the proceeds with the carrying amount and are recognised in the statements of profit or loss and other comprehensive income.

Subsequent costs are included in the asset’s carrying amount or recognized as a separate asset, as appropriate, only when it is probable that future economic benefits associated with the item will flow to the company and the cost of the item can be measured reliably. All other repairs and maintenance are expensed in the statements of profit or loss and other comprehensive income during the financial period in which they are incurred

Freehold land is not depreciated. Leasehold properties, plant and equipment and other assets are depreciated and amortised on the straight line basis over their estimated useful lives, using the following depreciation rates:

Depreciation methods, useful lives and residual values are reviewed at each reporting date and adjusted as appropriate.

Non-current assets (or disposal groups comprising assets and liabilities) are classified as held-for-sale if it is highly probable that they will be recovered primarily through sale rather than through continuing use. Assets classified as held for sale are stated at the lower of their carrying amount and fair value less costs to sell and are no longer amortised or depreciated.

A discontinued operation is a component of the Group’s business, the operations and cash flows of which can be clearly distinguished from the rest of the Group and which:

Classification as a discontinued operation occurs at the earlier of disposal or when the operation meets the criteria to be classified as held-for-sale.

When an operation is classified as discontinued operations, the statements of profit or loss and other comprehensive income is represented as if the operations had been discontinued from the start of the comparative year.

Inventories are stated at lower of cost and net realisable value. The cost of raw materials, stores and supplies includes all costs of acquisition, calculated on the first-in-first-out basis. Finished goods and work in process are valued at the actual cost of conversion, including a proportion of fixed and variable factory overheads. Net realisable value is the estimated selling price in the ordinary course of business less applicable variable selling expenses.

The gain or loss on disposal of an entity includes the carrying amount of goodwill relating to the entity sold.
Goodwill is allocated to cash-generating units for the purpose of impairment testing. The allocation is made to those cash generating units or groups of cash-generating units that are expected to benefit from the business combination in which the goodwill arose identified according to operating segment.

Assets that have an indefinite useful life are not subject to amortisation and depreciation and are tested annually for impairment. Assets that are subject to amortisation are reviewed for impairment whenever events or changes in circumstances indicate that the carrying amount exceeds its recoverable amount. An impairment loss is recognised for the amount by which the asset’s carrying amount exceeds its recoverable amount. The recoverable amount is the higher of an asset’s fair value less costs to sell and value in use. Any impairment losses are recognised in the statements of profit or loss and other comprehensive income in the period in which they arise. For the purposes of assessing impairment, assets are grouped at the lowest levels for which there are separate identifiable cash flows.

Trade and other creditors

Trade and other creditors are stated at amortised cost. These amounts represent liabilities for goods and services provided to the group prior to the end of the financial year and which are unpaid.

Borrowings are recognised initially at fair value, net of transaction costs incurred. Borrowings are subsequently carried at amortised cost; any difference between the proceeds (net of transaction costs) and the redemption value is recognised in the statements of profit or loss and other comprehensive income over the period of the borrowings using the effective interest method.

The current income tax charge is calculated on the basis of the tax laws enacted or substantively enacted at the balance sheet date in the respective countries, where the company’s subsidiaries and associates operate and generate taxable income. Management periodically evaluates positions taken in tax returns with respect to situations in which applicable tax regulations are subject to interpretation and establishes provisions where appropriate on the basis of amounts expected to be paid to the tax authorities.

Current tax is the expected tax payable or receivable on the taxable income or loss for the year.

Deferred income tax assets are recognised only to the extent that it is probable that future taxable profit will be available against which the deferred tax assets can be utilised.

Liability for annual leave is recognised and measured as the amount unpaid at the reporting date at current pay rates in respect of employees’ services up to that date.

Obligations for contributions to defined contribution pension plans are recognised as an expense in the statements of profit or loss and other comprehensive income when they are due.

A group company is the lessee

Assets acquired under finance leases are included as property, plant and equipment in the statement of financial position. Finance leases effectively transfer from the lessor to the lessee substantially all the risks and benefits incidental to ownership of the leased assets. Where assets are acquired by means of finance leases, the lower of the asset’s fair value or the present value of the minimum lease repayments is recognised as an asset at the beginning of the lease term and amortised on a straight line basis over the expected useful life of the leased asset. A corresponding liability is also established and each lease payment is allocated between the liability and interest expense.

Other leases under which all the risks and benefits of ownership are effectively retained by the lessor are classified as operating leases. Operating lease payments are charged to expense in the periods in which they are incurred.

A group company is the lessor

Revenue comprises the fair value for the sale of goods and services, net of value added tax, rebates and discounts and after eliminating sales within the group. Revenue is recognised as follows:

Revenue from the sale of goods is recognised when significant risks and rewards of ownership of the goods are transferred to the buyer.

Revenue is generally recognised when services are rendered. Fees such as brokerage income and commission arising from negotiating or participating in the negotiation of a transaction for a third party are recognised on completion of the underlying transaction.

Interest income is recognised on a time-proportion basis using the effective interest or compound interest method which matches income earned to the funds employed on a constant basis.

Revenue from subscription television services is initially deferred and is recognised as revenue in the period(s) that the related service is provided to subscribers.

Provision is made for the amount of any dividend declared, determined or publicly recommended by the directors on or before the end of the financial year but not distributed at balance date.

Dividends are subject to the provisions of the Fiji Income Tax Act and Income Tax (Dividend) Regulations 2001.

Provisions are recognised when the company has a present legal or constructive obligation as a result of past events; it is more likely than not that an outflow of resources will be required to settle the obligation, and the amount has been reliably estimated.

Basic and diluted earnings per share is determined by dividing profit after income tax attributable to shareholders of the holding company by the weighted average number of ordinary shares outstanding during the financial year.

These consolidated financial statements are presented in Fijian dollars, which is the Company’s functional currency. All amounts have been rounded to the nearest thousand.

Where necessary, comparative figures have been adjusted to conform to changes in presentation in the current year.

For every business combination, the Group identifies the acquirer, which is the combining entity that obtains control of the other combining entities or businesses. Control is the power to govern the financial and operating policies of an entity so as to obtain benefits from activities. In assessing control, the Group takes into consideration potential voting rights that currently are exercisable. The acquisition date is the date on which control is transferred to the acquirer. Judgement is applied in determining the acquisition date and determining whether control is transferred from one party to another.

The fair value of the identifiable net assets is based on valuations performed by independent experts.

The Group measures any non-controlling interest at its proportionate interest in the identifiable net assets of the acquiree.

Transaction costs that the Group incurs in connection with a business combination are expensed as incurred. 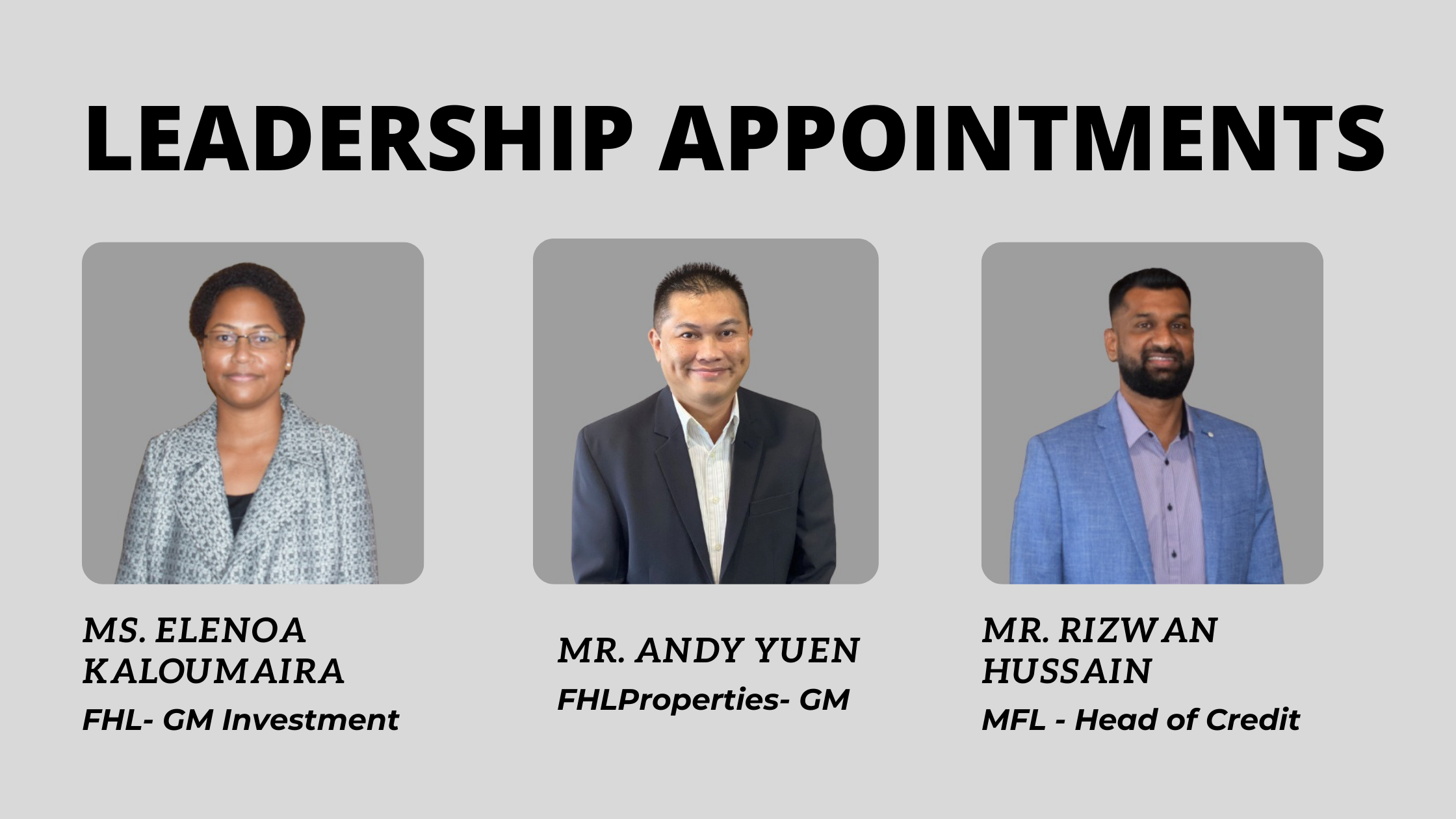